Okay, so for us Americans, we find the name of the town “Worms” to be funny.  The city is not named after a plaque of “worms” but its name has its origin from Latin “Vormatia” meaning “settlement in a watery area” – yeah, I did NOT take Latin!  But, in German, the letter “W” is pronounced as the English “V”, therefore the name evolution to “Worms”. Also, it is one of the oldest towns in Germany founded by Celts in 14 BC, and has long been in a battle between the cities of Trier & Cologne as the “oldest” city in Germany.  Worms is a city in the German state of Rhineland-Palatinate and is located on the Rhein River about 60km (40 miles) southwest of Frankfurt.  In 2014, the population was about 86,000 residents.

After its early settlement, Worms was later settled (friendly word for meaning “conquered” by the Romans, then the French, then back to the Germans.  During WWII, Worms was a German strong point in the southern Rhineland on the West Bank of the River, and the Germans held their position for most of the war.  During the last few months, for the allied forces to cross the Rhein River, the British Royal Air Force bombed Worms destroying about 40% of the town’s developed area by 334 bomber and 1,100 tons of bombs.  Amazingly the cathedral was mostly spared with the damaged areas being rebuilt after.  As a result of the bombings, there are not a lot of the old historical buildings in tact, but Worms is still a lovely town to visit.A

An attraction here is the St. Peter’s Cathedral (Wormser Dom St. Peter), which began construction in the early 1000s (1110 being dedicated)…yeah, that’s a long time ago.

Worms is famous in history as in 1521, Martin Luther was summoned to appear in front of the Catholic Church in Worms (at St. Peter’s) to defend his stance against the Pope and power of the Catholic church.  This was as a result of his posting of his 95 Theses were posted outside of the catholic church in the town of Wittenberg, Germany (just south of Berlin).  The Theses challenged the Catholic Church and began the Protestant Reformation throughout Europe. 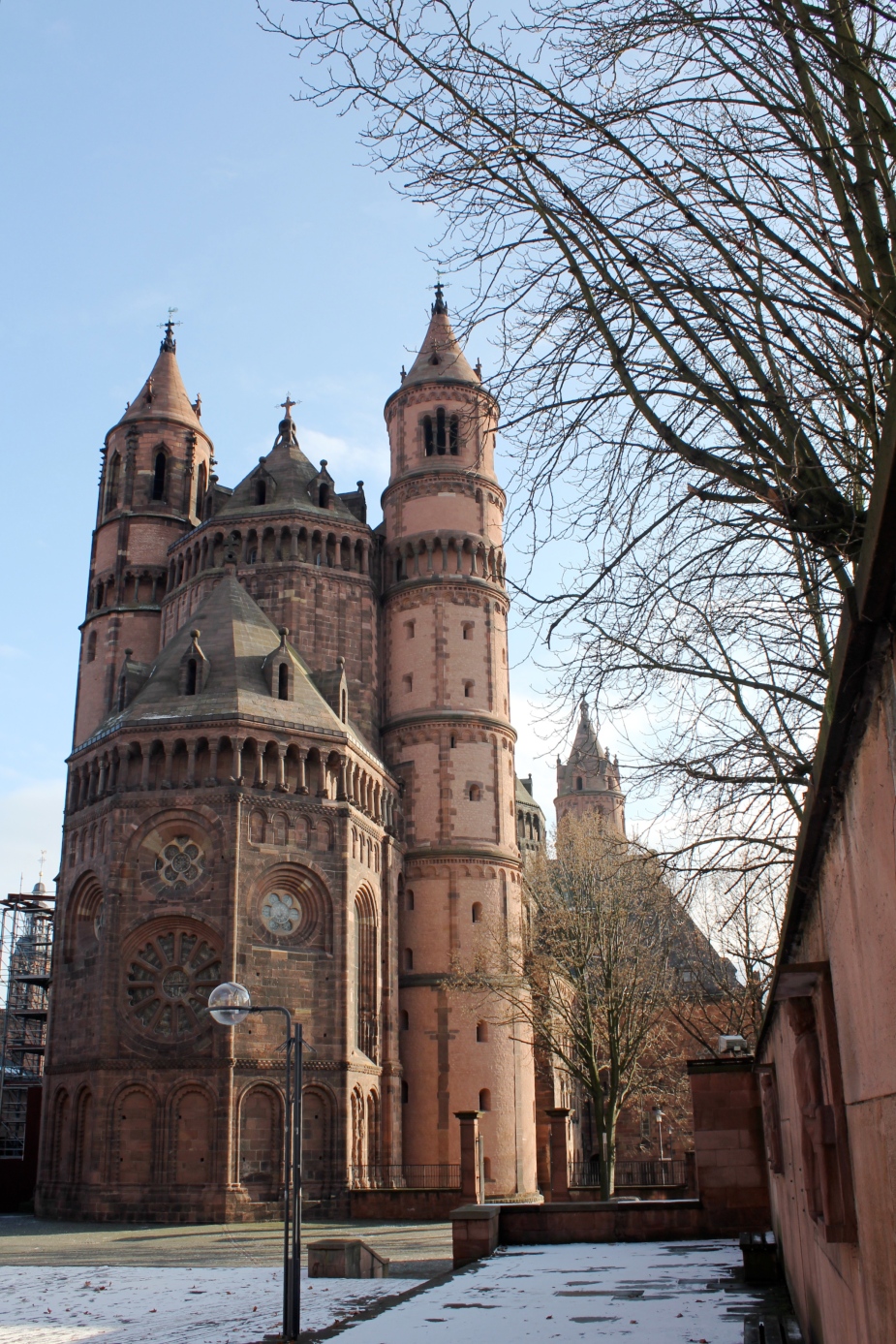 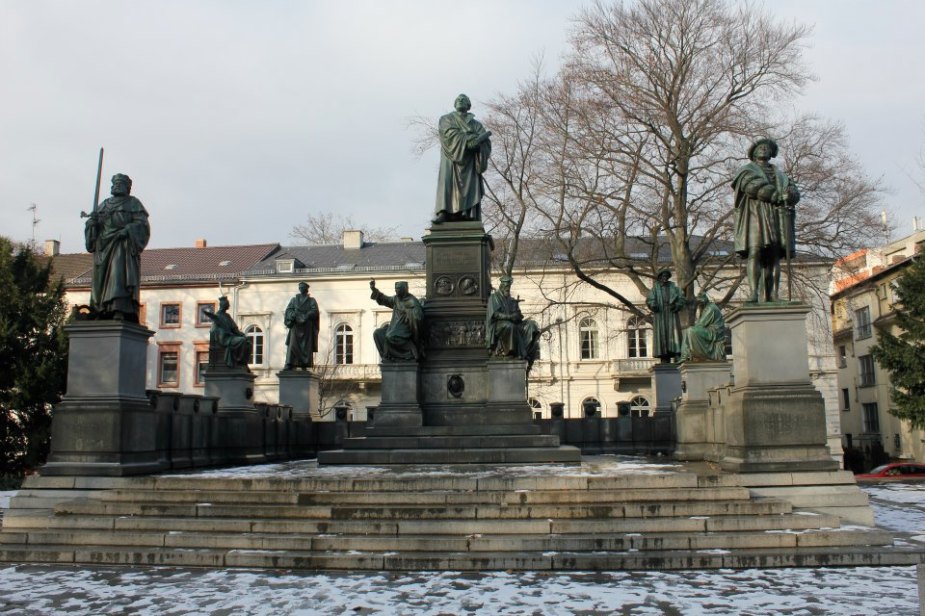 Model of the St. Peters Cathedral

Replica of what Worms looked like in the Middle Ages

One of the streets inside the center oldstadt (old section) of the city.

View of the St. Peters Cathedral during the early morning before sunrise 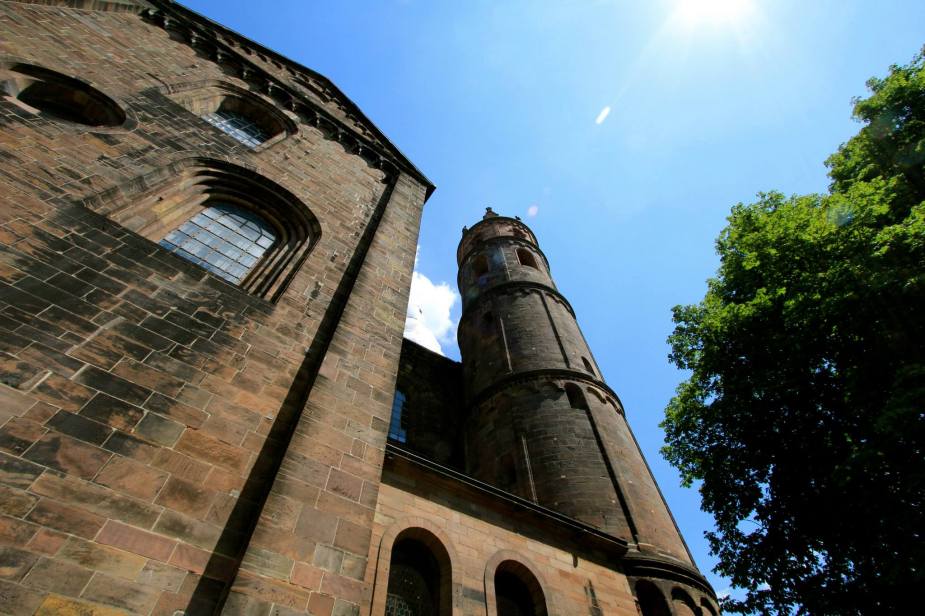 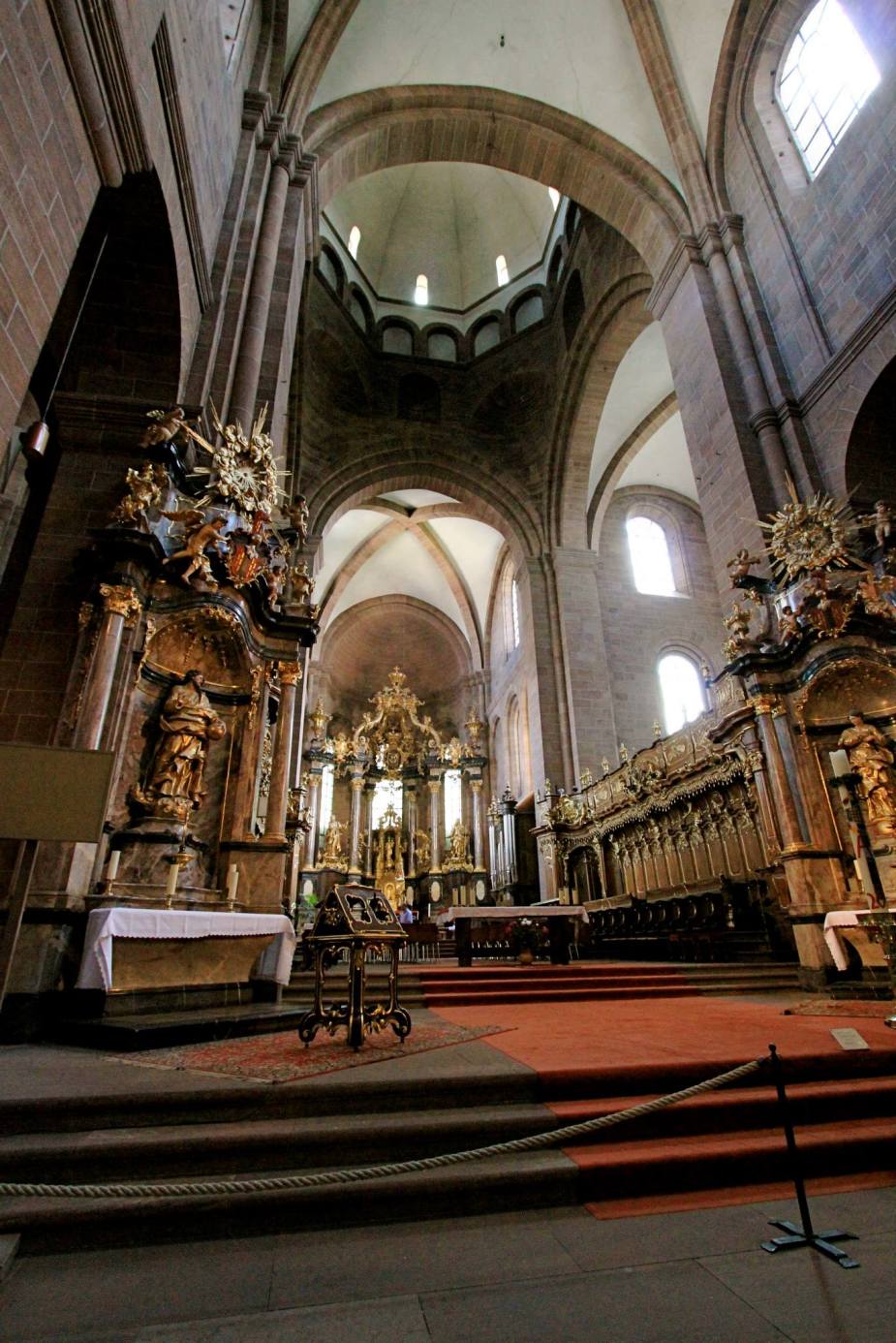