Panaroma Picture of the Castle and town below 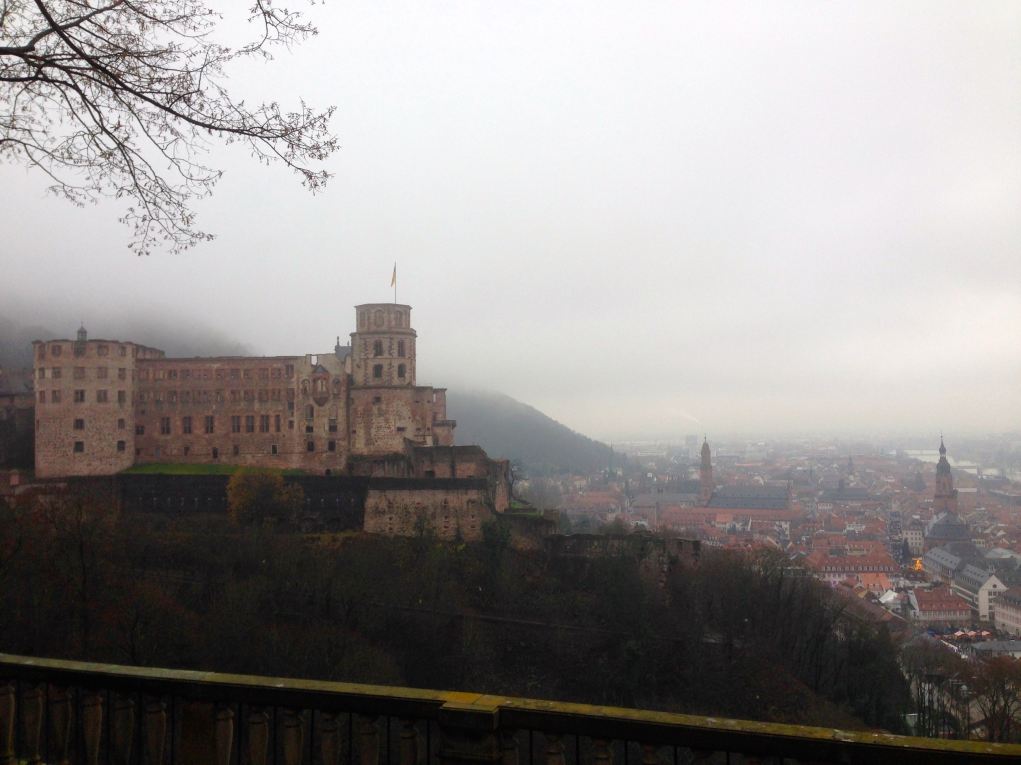 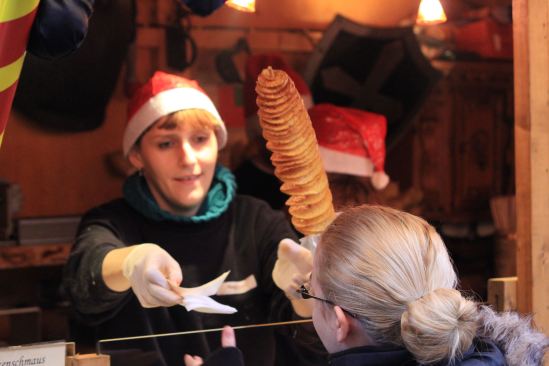 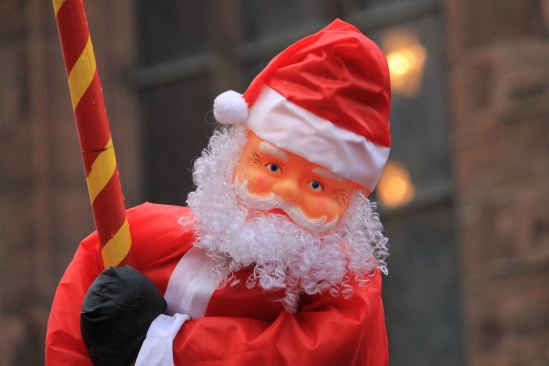 The iconic Germany Christmas Pyramid & the spire of the Church of St. Peter’s Church in the background (this church building was built in 1398) 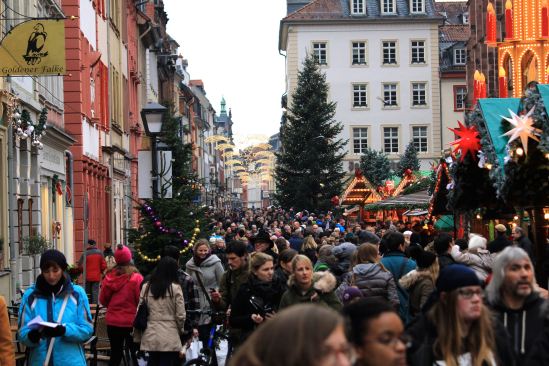 By mid-afternoon, the streets were packed

Statue of the Virgin Mary in the Kornmarkt (Corn Market) built in 1718.

The fog adding an interesting view from the castle 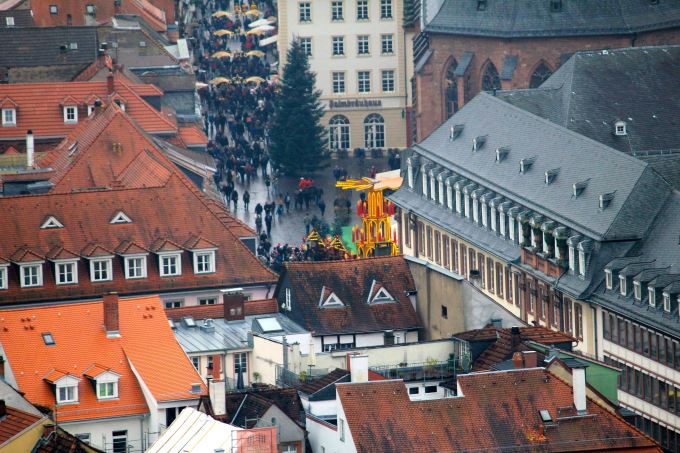 Zooming into the Christmas Market at Marketplatz 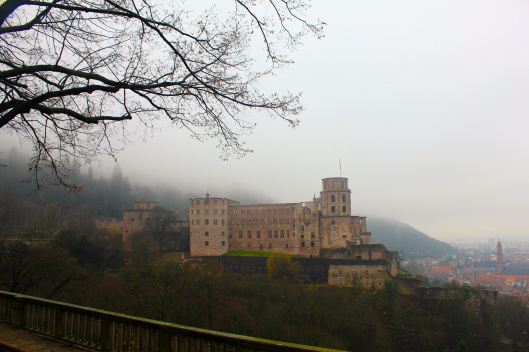 Mmmm…meat turning on the spit 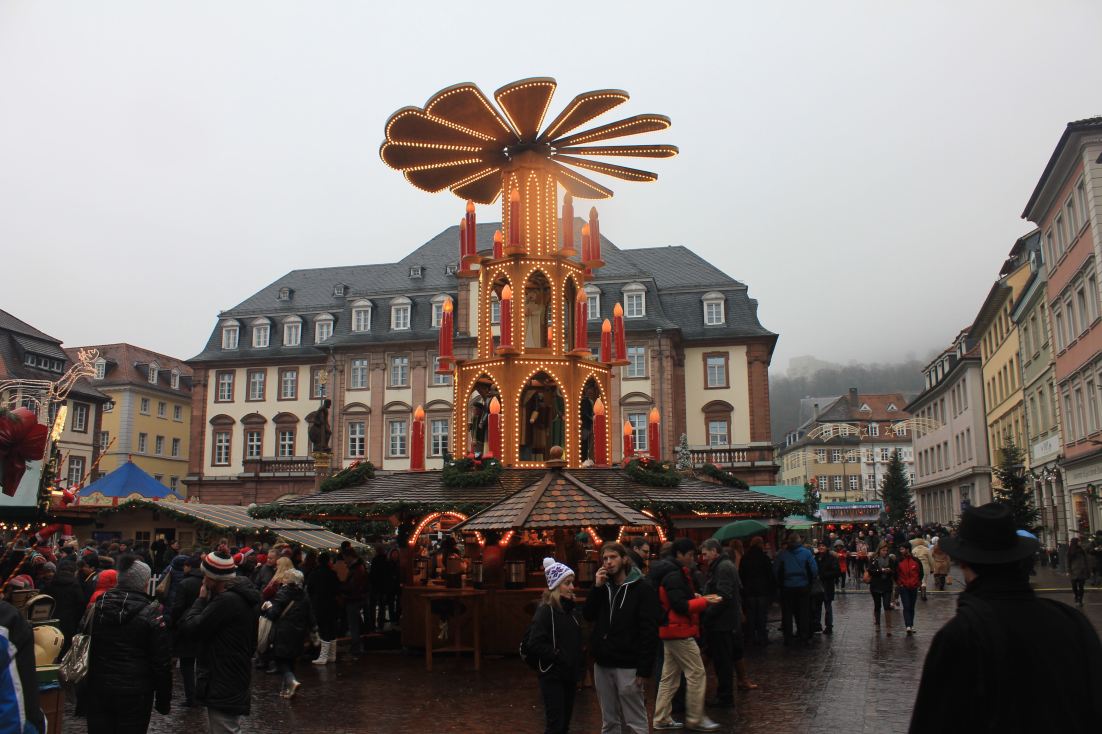 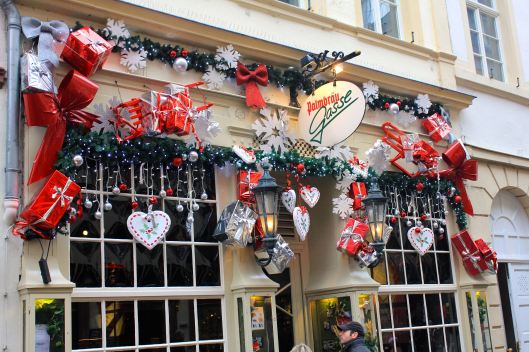 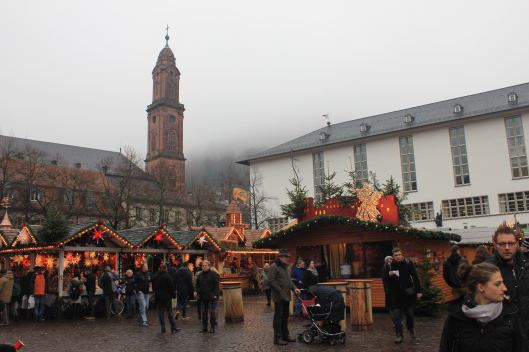 Amanda & I were looking to visit a local Weihnachtsmarkt (Christmas Market) this past Sunday afternoon, and we had not visited Heidelberg together during December. Since Heidelberg is only a 20 minute drive, we headed out at noon, as a thin layer of fog filled the Neckar River Valley. Arriving somewhat early for the Market on Sunday, we were able to find a parking space in one of the underground lots near the Altstadt (Old Town) section of Heidelberg.

Once we emerged from the underground lot, the air was filled with the faint smell of roasting chestnuts, crepes, wursts, Glühwein, and gingerbread; which played over the soundtrack of the legions of people walking toward the direction of the Marketplatz town square. We let our noses and the flow of people lead us in the direction we needed to go to reach one of the four main Christmas Markets set up in Heidelberg with their 140+ stalls selling all these wonderful foods, decorations, and other souvenirs.

Heidelberg, even without its Christmas Markets is a beautiful, picturesque town dominated by the ruins of a large medieval castle (construction starting in 1214) resting above the city that is situated on both sides of the Neckar River. We have been to Heidelberg in each of the different Seasons: from the blooming flowers of Spring, to the bright sunny days of Summer, to the golden-colored hillside vineyards of Autumn; but there is something about the enchantment of the Christmas setting in Winter that truly makes Heidelberg a magnificent destination for any tour of a German Weihnachtsmarkt.

Unfortunately, we left before nightfall, as the Christmas Market, and all of Heidelberg, transforms magically at night, as the castle is lit up for all to see.  Below is a gallery of pictures taken during our daylong visit to Heidelberg.   Click on a picture to start the viewing gallery.   We look forward to sharing our other visits to other German Christmas Markets….