Germany is known for its wonderful automotive history and its love of cars:  from Mercedes-Benz to Bayerische Motoren Werke (aka BMW), Volkswagen, Porsche, etc.

To showcase their love of autos, there are various museums around Germany that highlight the history of these excellent car brands and their technology. For example, in Munich, you can visit the BMW Welt and Museum to learn all there is about the history of BMW and their cars throughout their history.

But, there is a museum that combines the history of various different makes of cars and is even combined with air and military historical displays. For those that love cars and/or planes, then the Auto & Tecknik Museum located in Sinsheim (north of Stuttgart) and the Technik Museum located in Speyer.

Both museums offer displays of various vintage cars and planes, both have an IMAX Theater for car or flight-related movies, and both offer various programs throughout the year to attract more visitors based on interests:  classic motorcycle show, science fiction convention, vintage farming equipment shows, etc.

Both museums (in Speyer & Sinsheim) are easily accessible from Stuttgart (30 minutes) from from Frankfurt (90 mins).

A few months ago, I visited the Sinsheim Auto & Tecknik Museum for a work-related event. As you approach the museum, it is very easy to see from the highway, given that there are two Concorde Supersonic Jets on top of the building:  one, the original jet from France, and the other a copy from Russia.

You can walk up to the roof of the building and get a close-up look of the planes, even having the ability to go inside to see the interior with its seats and into the cockpit.
In the Concorde, the seats are arranged 2×2 with a single walk aisle down the center that is not very wide at all.

The museum opened in 1981 and has over 3,000 exhibits with an exhibition area of 50,000 square meters (indoors and outdoors), and at least 1 million visitors per year come to check out the largest privately owned museum in Europe.

Mercedes-Benz W31:A 3-axle off-road vehicle produced mainly for the Wehrmacht (the unified armed forces of the German military from 1935-1946).
What I found interesting is that this very car was pictured with Adolf Hitler during a parade in Nuremburg during 1935. 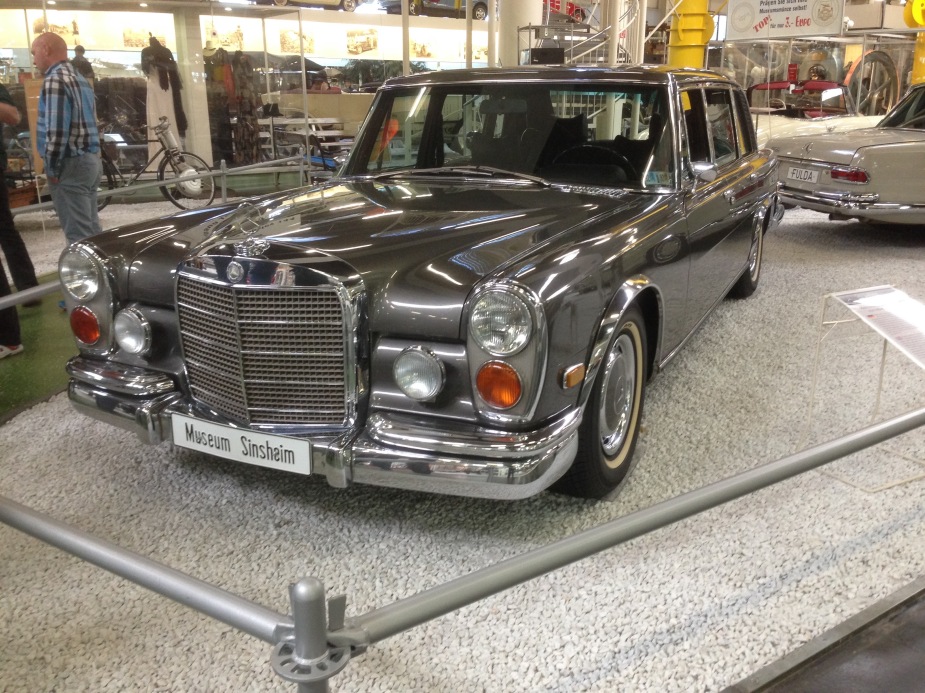 One of only 10 Mercedes made of this type….basically it is armor-plated with extra thick glass….this was used to move Hitler around

Amazingly, the museum is open 365 days a year from 9am to 7pm. For an unguided tour, the tickets cost 7,50 Euro, but there are various guided tours available and included viewing in the IMAX theater that will increase the ticket prices.  Here is the link to the Museum’s website for more specific information:  Sinsheim Auto & Tecknik Museum. 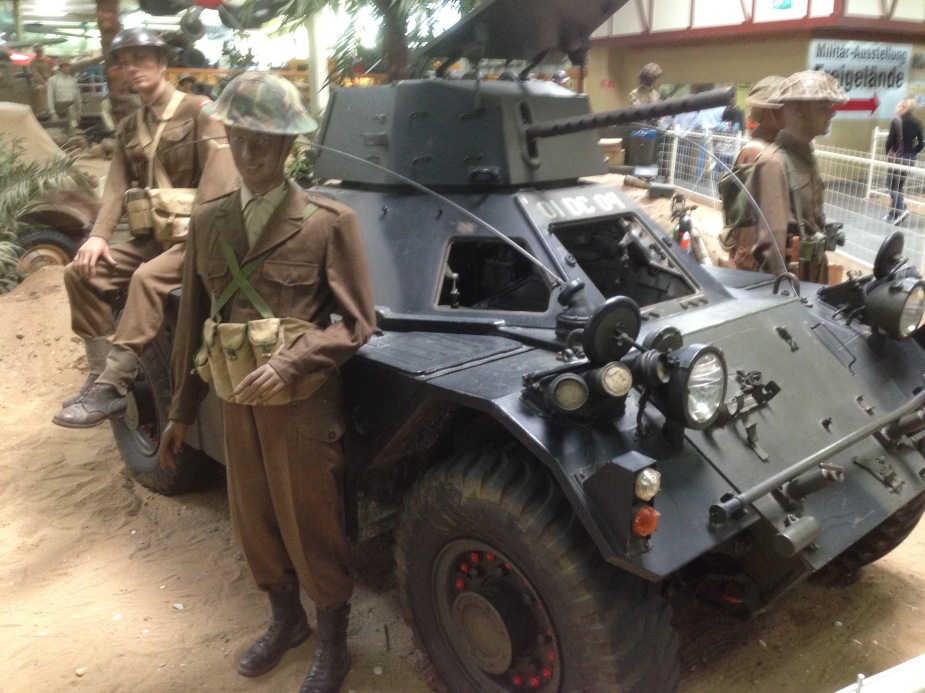 German armored military vehicle.  There are also military uniform displays, but these are really hard to find as they are located in the corner of the military exhibition. For obvious reasons, the Museum does not glorify this time period in Germany’s history under Nazi rule, but Germans do not pretend like this era in history did not occur. In learning from our past, we prepare to not allow for a repeat in history. Even still, I will admit it was a weird feeling to see a swastika on the uniforms or on some of the military equipment.

A Panther (or Panzer) tank from WWII. This tank was considered to be one of the best tanks of World War II due to its excellent firepower and protection.

If you looking to spend a few hours and love cars, planes, trains, farm equipment, military vehicles, motorcycles, etc., then spending an afternoon at one of these two museums is definitely a worthwhile trip.

Other than the Model-T car from Ford, there was a collection of American cars showing the golden age of Americana from the 1950s….here an 1952 Oldsmobile 98

There was also an “Americana” section in the museum, as shown with this replica of the motorcycle from the movie “Easy Rider”

Not only are there displays of just German cars, but there is an American section as well with many vintage, classic cars: 1957 Ford Thunderbird