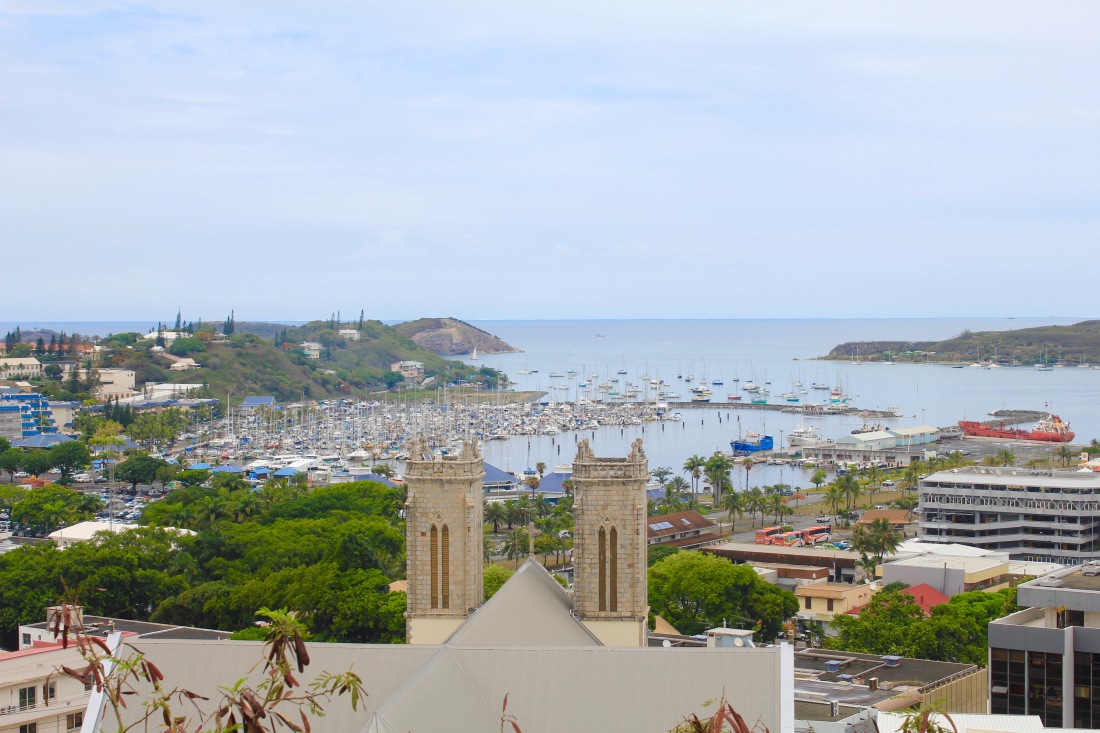 The South Pacific Island Nation of New Caledonia was our first stop after leaving Sydney, Australia for the second time. Located about 750 miles to the northeast, we arrived after 2 days of sailing with Holland America.

New Caledonia is a French territory with a population of about 278,000 people mostly situated on the main island of Grande Terre, which the British explorer James Cook sighted in 1774 naming it “New Caledonia” with “Caledonia” being a Latin name for part of northern Scotland (thanks Wikipedia for that info). 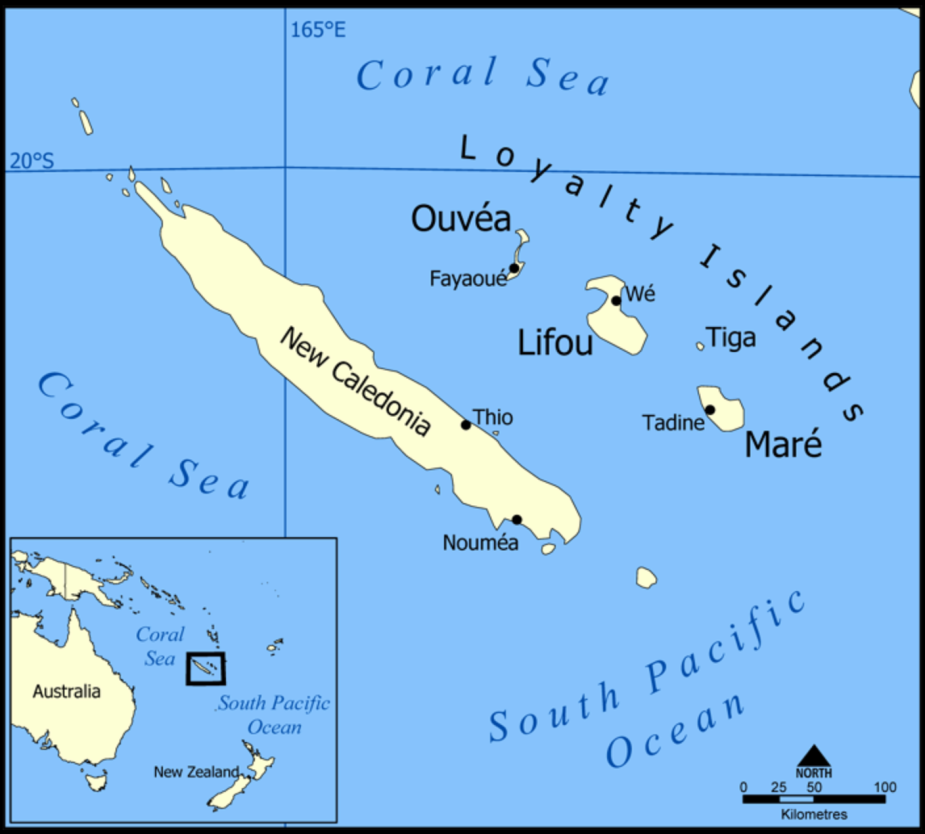 Our first stop was the city of Nouméa on the island of New Caledonia. The next day, we visited the Loyalty Island of Lifou and Maré the following day.

The day spent in Nouméa allowed us to walk around this wonderful city taking in the local sights and flavors. A simple walk through a local grocery store was like heaven with the smells coming from the fresh produce areas. 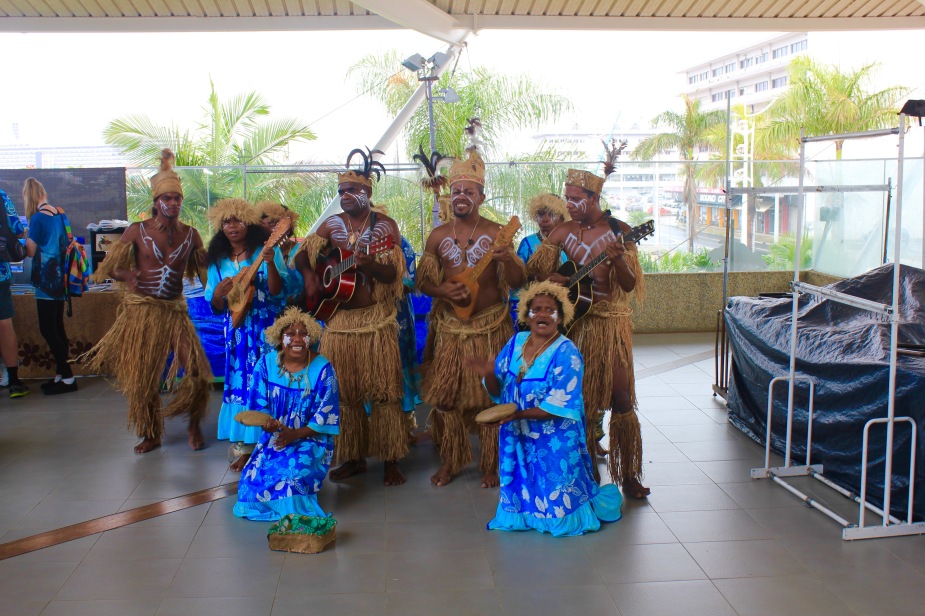 The welcoming party in the cruise port dressed in ‘traditional’ costumes and playing music. 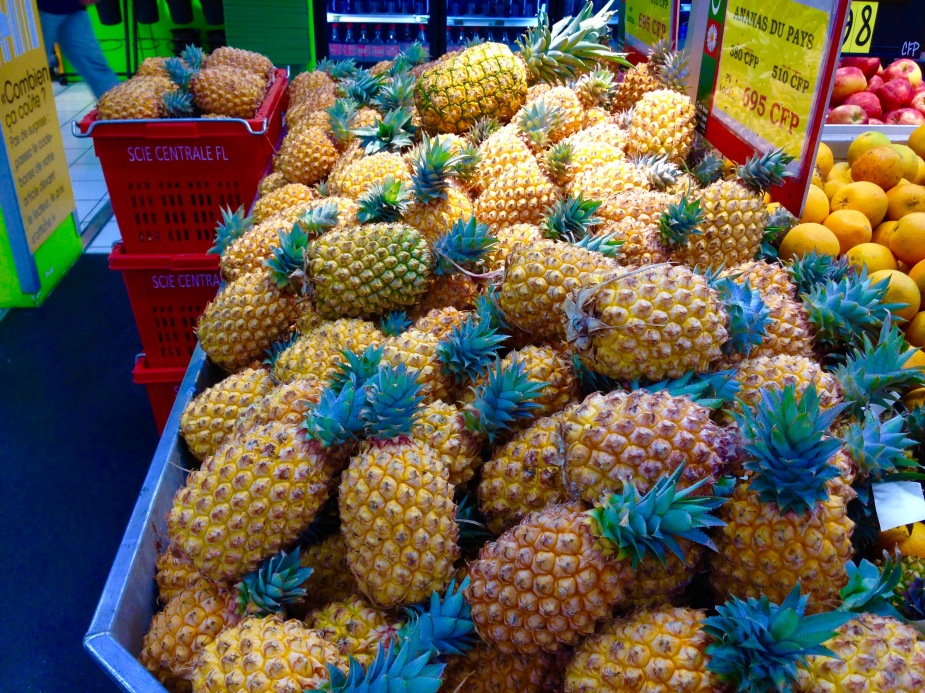 The smell from these pineapples was so sweet and tempting

About 75% of the entire population of New Caledonia lives in Nouméa but it did not feel too crowded or crazy. The city is a unique mix of French and Melanesian culture from its architecture to its food and celebrations.

These trees are called “Royal Poinciana” or “Flame Tree”. They are native to Madagascar and are found throughout the Indian and South Pacific Oceans. They bloom in the “summer” which is “Christmas” therefore, some call these “South Pacific Christmas Trees”

After walking up to the highest point in the city, this was the view of the harbor of Noumea.

Both islands are part of the Loyalty Islands belonging to New Caledonia. These islands are coral atolls rising up from the South Pacific and as such have stunning lagoons for snorkeling.

We were “beached” for the day on Lifou Island

We were lucky because a typhoon was several hundred miles away but missed us. But, you would never know it from the calm water. 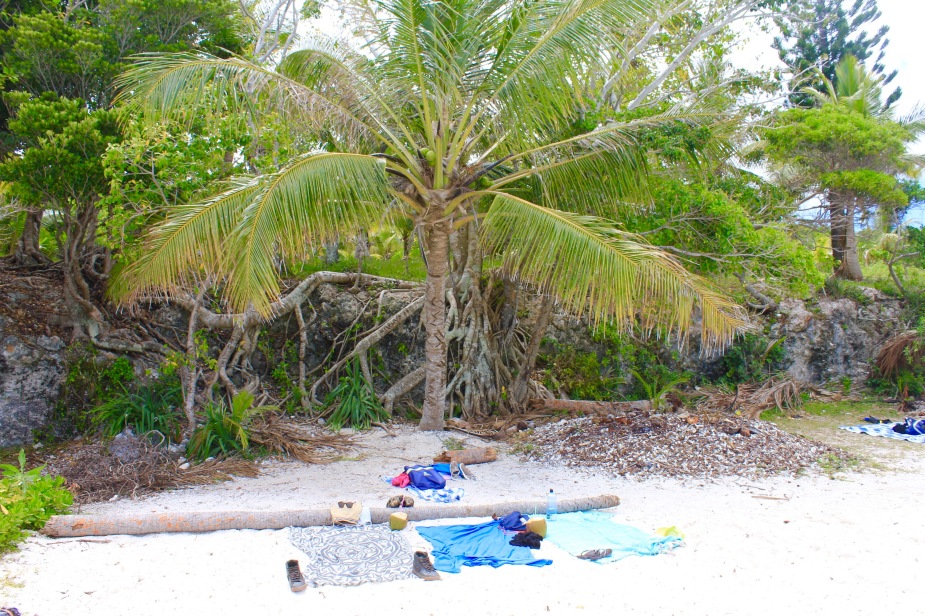 We found a place under a small palm tree for some shade as our little oasis for the day.

And Maré Island did not disappoint as we were able to get some great snorkeling in during our stay. The weather cleared making for a spectacular day! 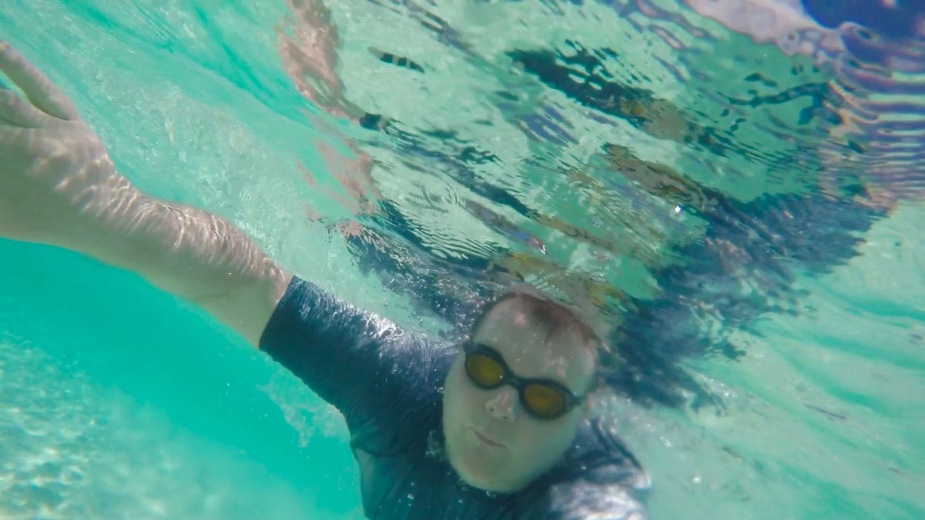 Fresh coconut juice, Anyone? Watching how fast the guy used this machete, I realized I would only have 8 total fingers if I had tried it. *Mental note* if ever planned to be deserted on a remote tropical island, pray to have a machete with you 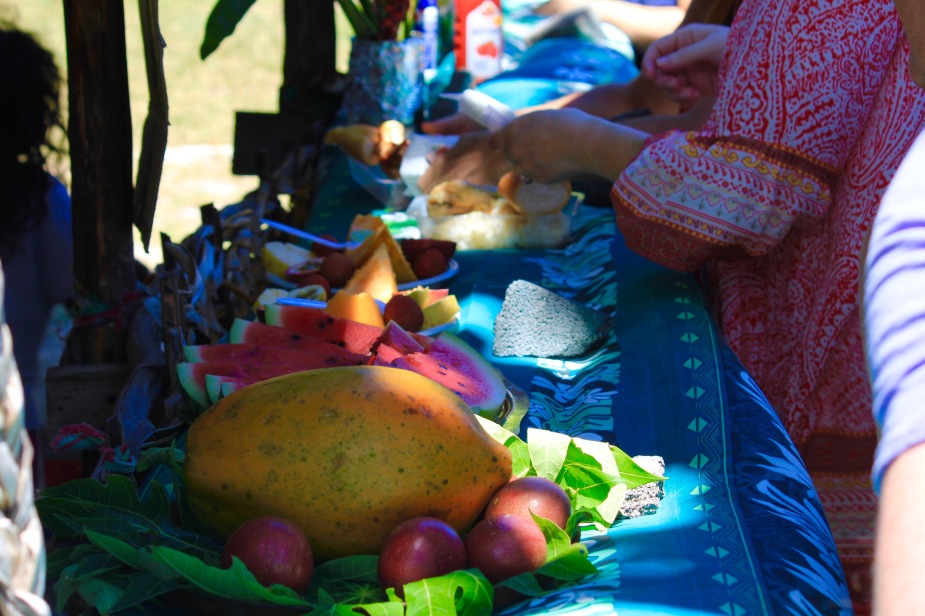 The locals had set up snack tables with incredibly sweet fruits for sale. Very refreshing after being out in the sun all day. 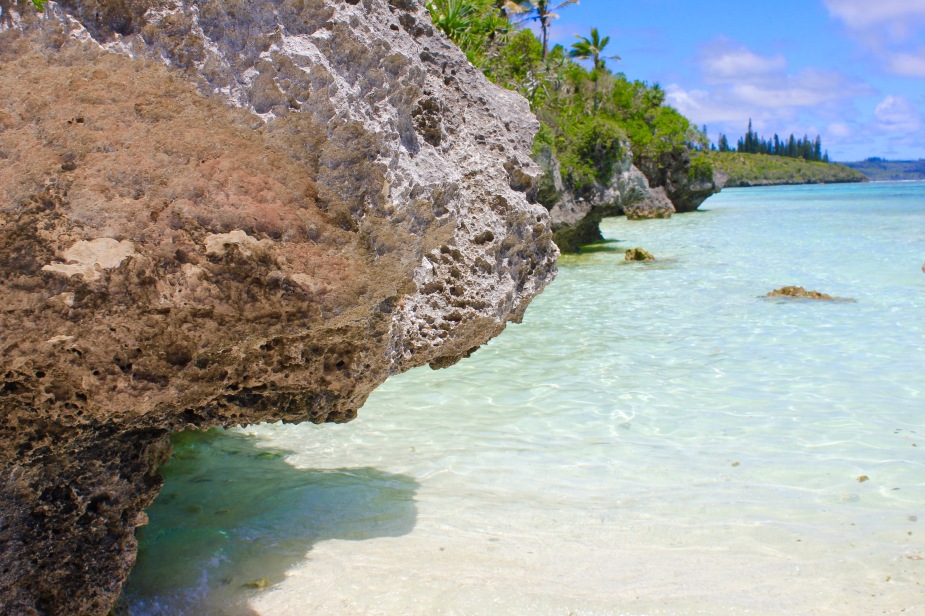 With the sun and no clouds, the water was extremely clear with the powdery white sand beach underneath. 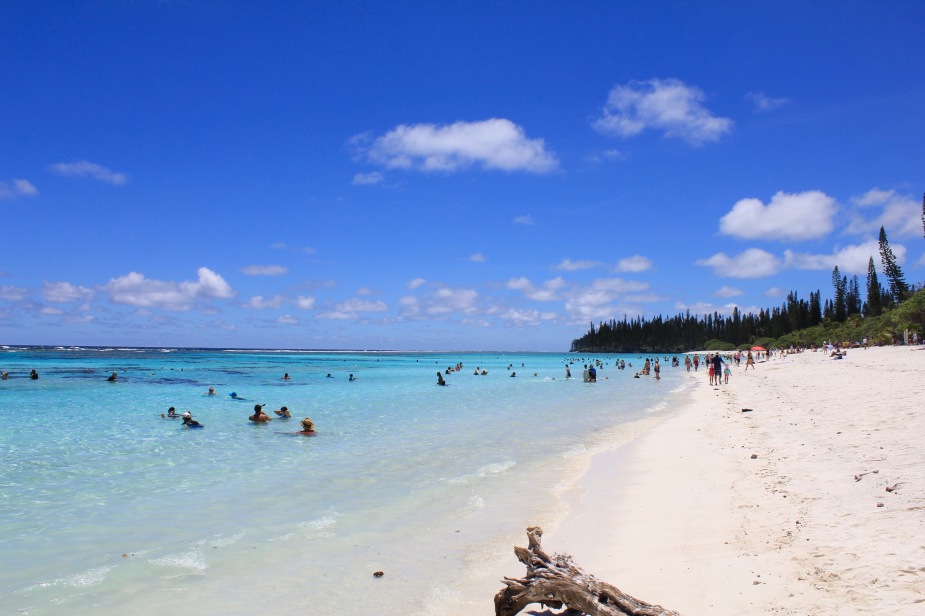 Not that this section of beach is always this crowded, but we all came from our cruise ship as most chose to spend the day on the beach. 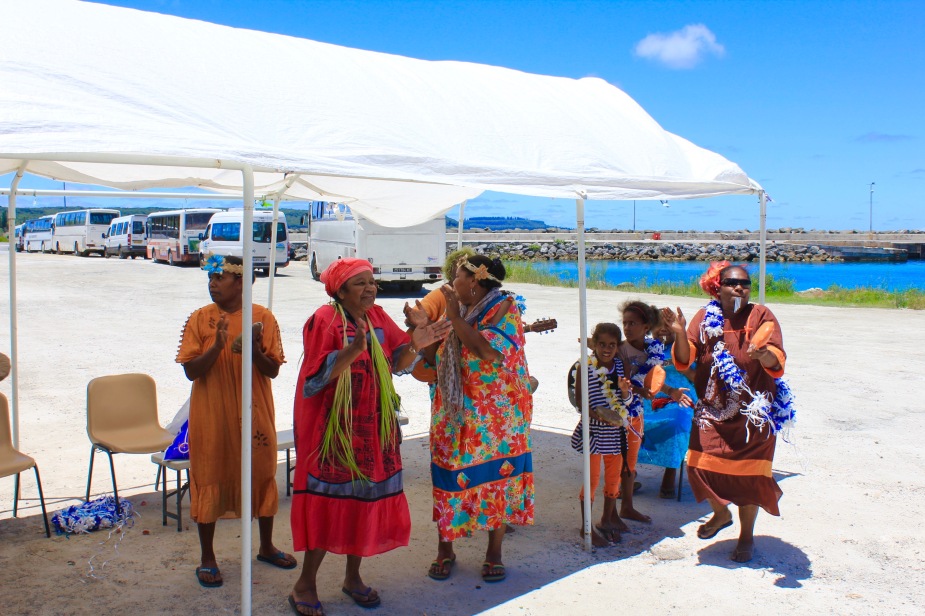 It was sad to leave such a wonderful place… our next stop is the neighboring island nation of Vanuatu.