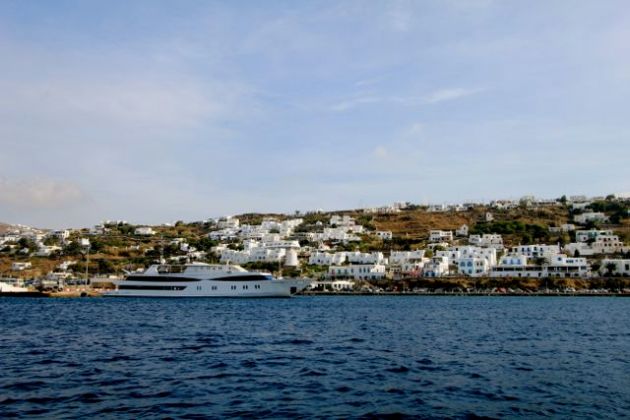 DAY 5 – MYKONOS, GREECE:
One of the hundreds of islands that make up Greece, Mykonos is about 125 miles to the west of Turkey located in the Aegean Sea between Greece & Turkey.  The ship could not dock, so we had to do sea tenders to shore.

The interesting thing about Mykonos is the island is fairly barren (view trees) and the buildings are white-washed stone with bright blue accents. This makes the building and colors from flowers really pop. 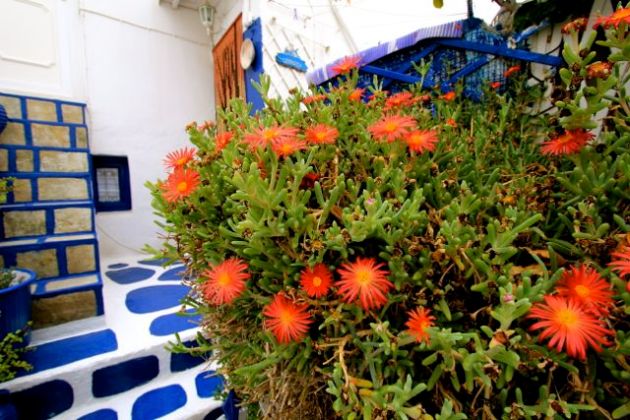 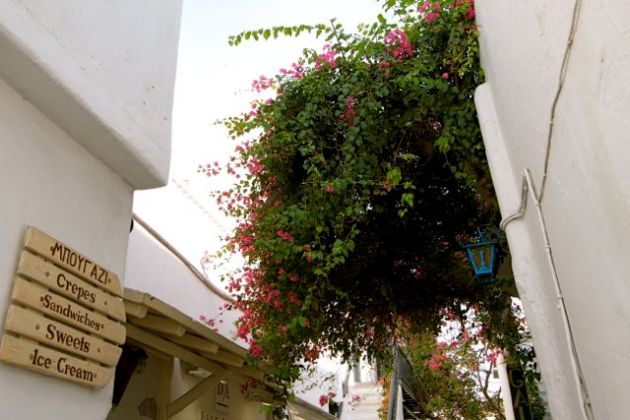 Being an island, there are many different kinds of boats docked or anchored here.

So Amanda & Sheila spent the day shopping, I decided to venture out into the town to take some pictures. Hundreds of small little shops are found along the first 2-3 blocks from the shore.  The further away from shore you go, the fewer shops you find. Also, the streets start to get really narrow as this taxi photo shows. 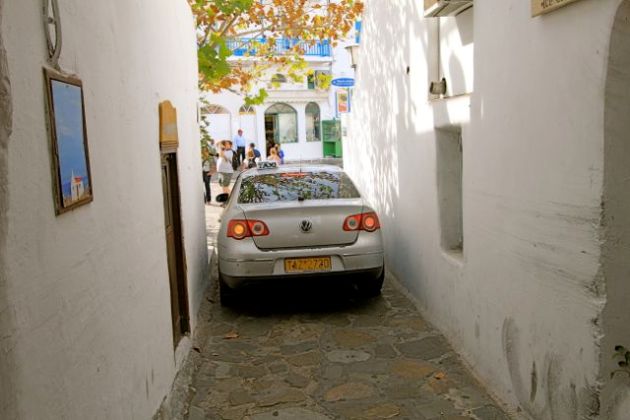 The further away from the shore and the shops, you walk around more of peoples’ homes with streets only wide enough to walk between. 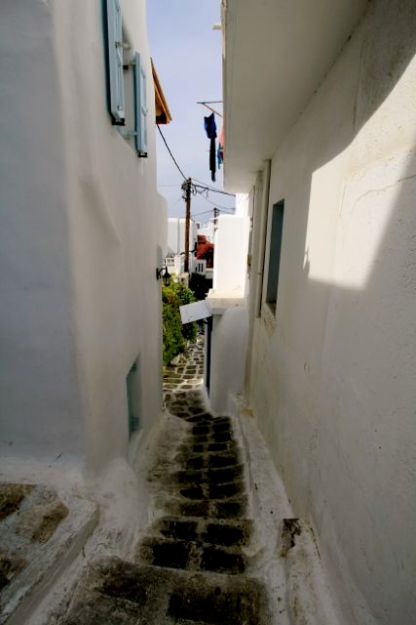 And with many chapels and colorful flags showing Greek pride. 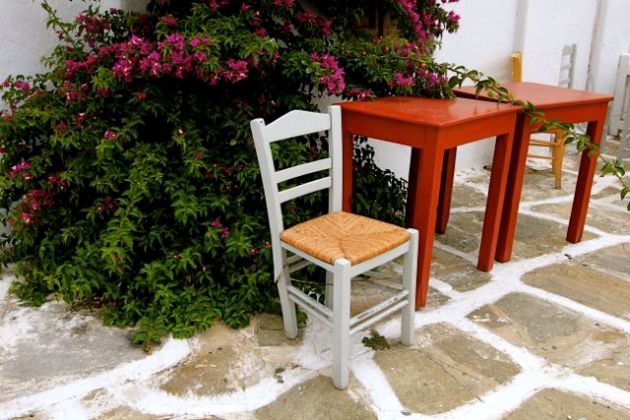 In my wanderings, I walked completely to other side of the small town on the back side of the significant landmark here (the windmills).  These 1,000 year old windmills are adorable. Each stand about 100 feet tall, and were used to grind grain for bread.

Being the landmark, there are at least 100 people here. I waited forever for people to move, and this was the fewest number of people I could get. 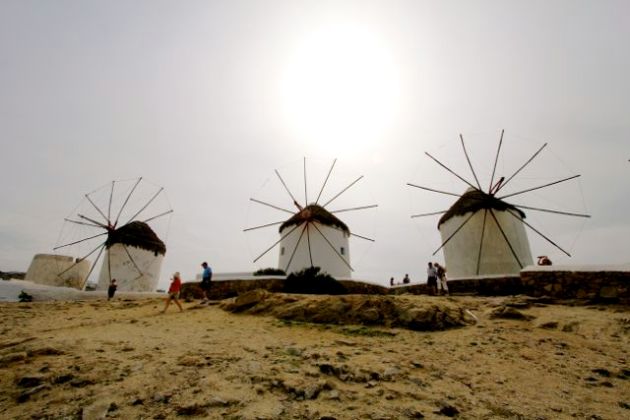 Near the windmills is a neighborhood called “Little Venice”. The buildings are right along the water front.  This was my view at lunch. I was able to get a table right next to the water. I had a covered table, which was a good thing as you can see the small rain shower approaching from behind the ship. 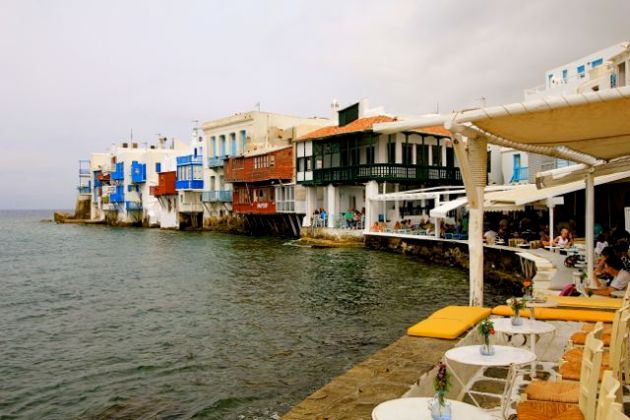 The cool thing about a storm is how it impacts the colors of the water….the water turned from a cobalt blue, to a greenish color as the sun went away. 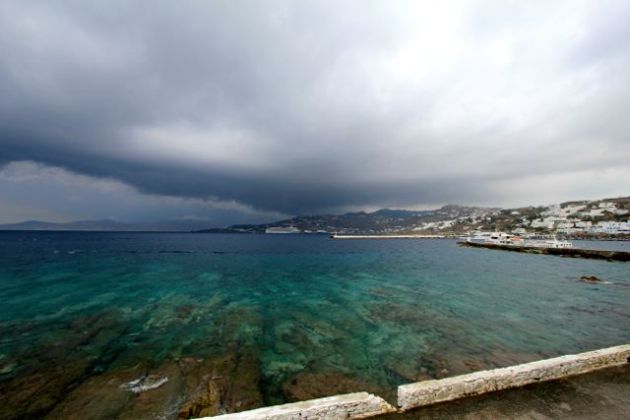 Mykonos is such a beautiful place.  There are dozens of islands like this in Greece….so, you know what that means….we need to return!!!

#Savannah #georgia Day 2 #isleofhope #chippewasquaresavannah #ForrestGump
#TheOldePinkHouse in #Savannah for brunch with the most delicious appetizer ever (Southern BBQ Nachos), the fried green tomatoes and shrimp & grits were to die for
A fantastic first day in #savannah #georgia
We are off to our first vacation of just us since the Bahamas on New Years 2020 (which for us travelers is waaay too long). #savannah
Happy Halloween