After our stop at the island of Madeira, our next cruise stop was to the largest of the 7 Canary Island and the island of Tenerife. Instead of an island excursion, Amanda & I chose to walk around the city of Santa Cruz de Tenerife (capital city).  With such truly beautiful island scenery, I can understand why Tenerife is a popular tourist destination for Europeans. 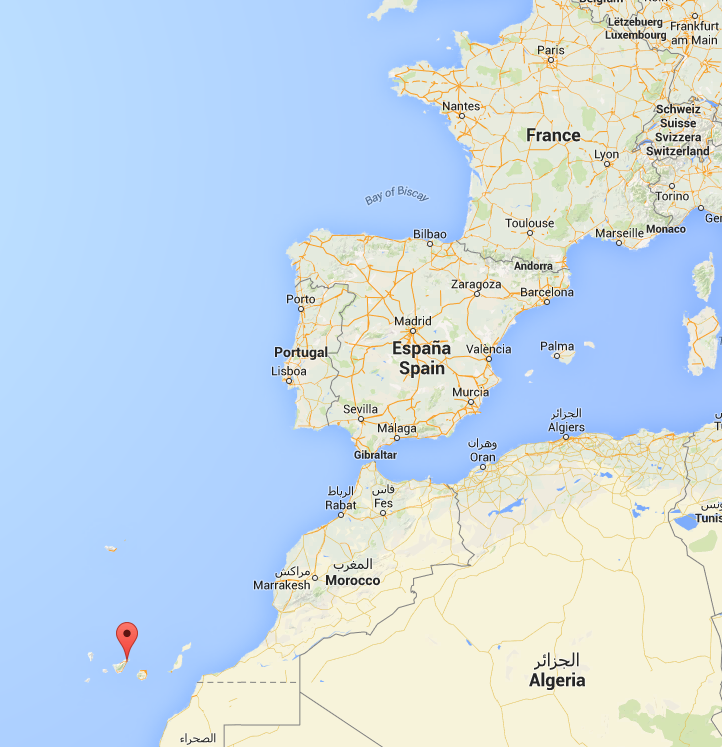 Quick Facts:
The Canary Islands are a group of 7 islands off the coast of northwest Africa formed by volcanoes 20-50 million years ago.

Settled 1000 BC by settlers from North Africa, later conquered by the Spanish, where the islands still belong.

Tourism & Agriculture are the largest industries. 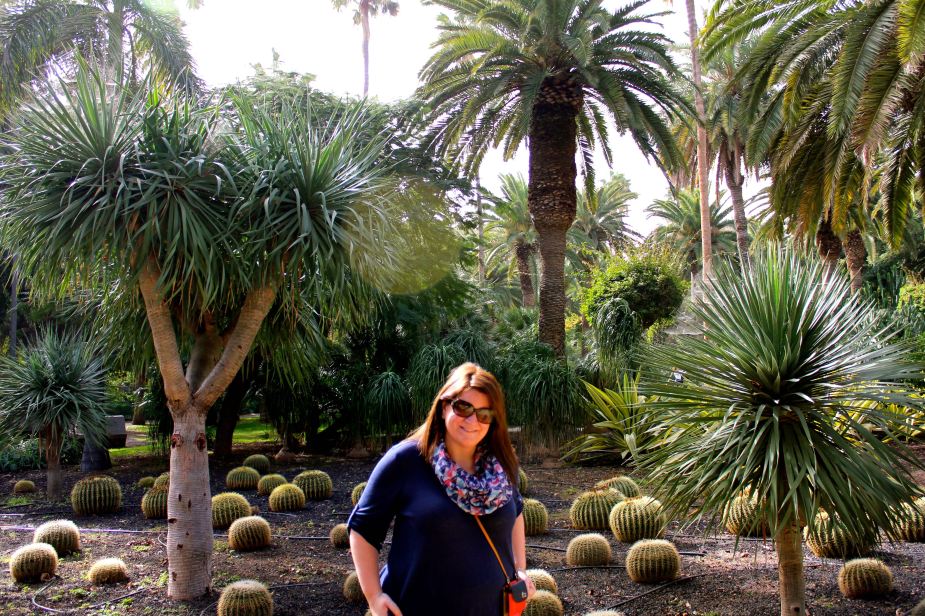 The palm trees were very enchanting to see….very tropical. 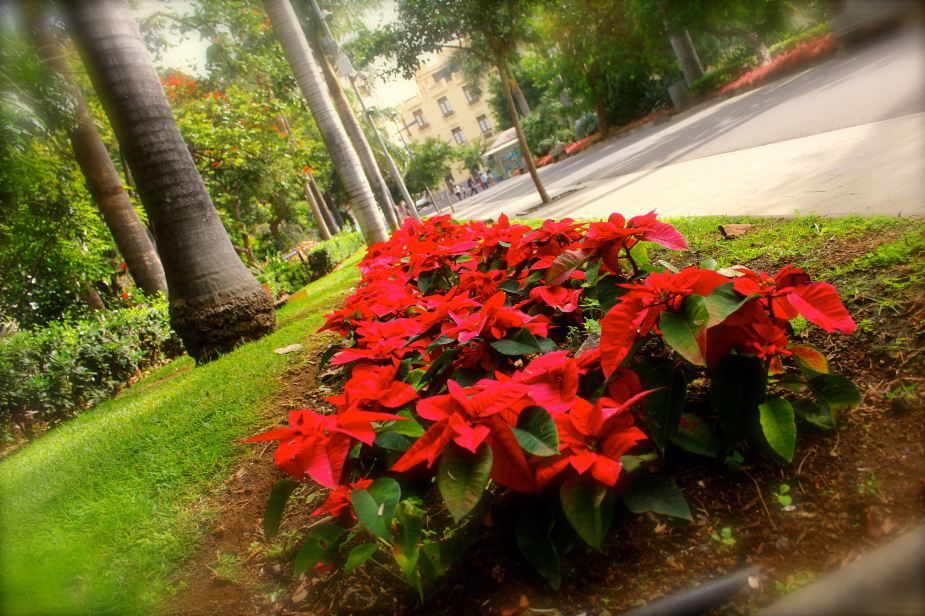 Lots of poinsettia plants here because of Christmas….poinsettia farms are located across Tenerife for export into Europe

Look at that water….if we were only here in summer!!!

And here…Christmas Markets are still up too 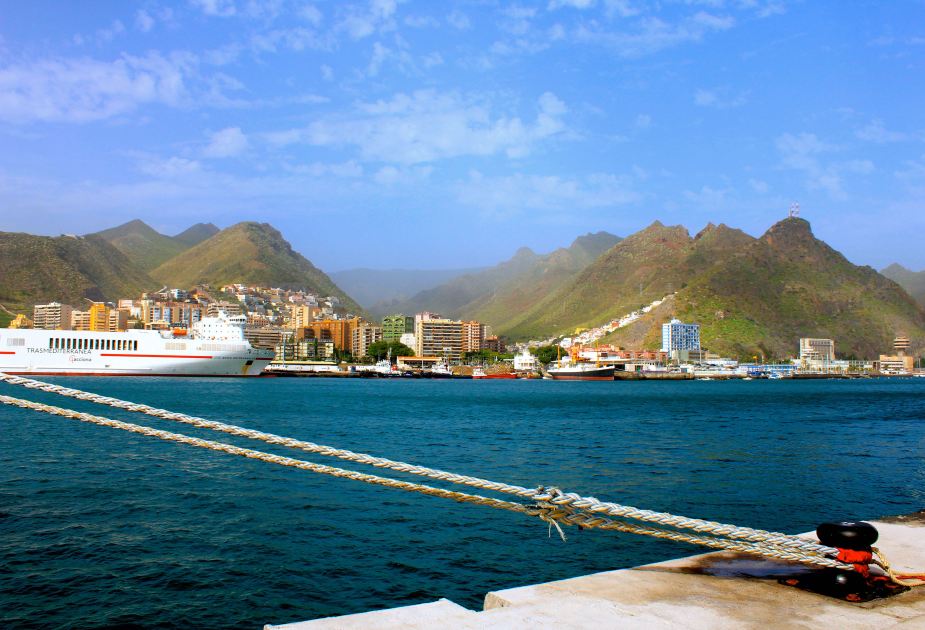 The view from the port looking back into the city of Santa Cruz. The island is a large volocano which is at an elevation of 12,148 feet at its highest point. The volcano is typically snow-capped, which led to the origin of the name of the island meaning “white mountain” 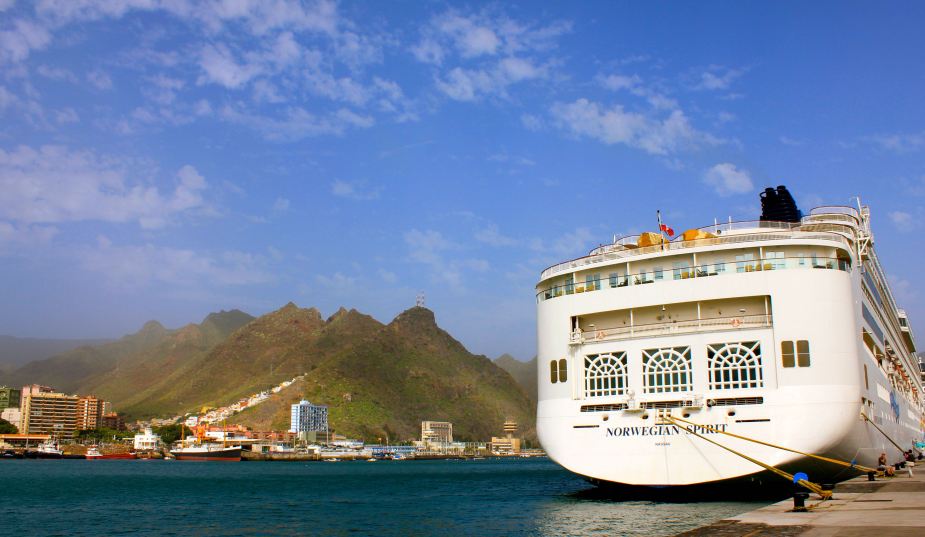 The rear of our ship and the mountains in the background